The main code for this tutorial can be found in poisson_global_rom.cpp, which accelerates the Poisson problem $$-\Delta u = f$$ with homogeneous Dirichlet boundary conditions. The numerical results can be found in Poisson Problem.

libROM assumes that you have a physics code, such as MFEM, SU2, and Laghos. Then, libROM can be integrated into the physics code to build ROM to accelerate physics simulation. For example, see numerical results in Examples and Gallery. This tutorial illustrates how various libROM objects and functions can be used to collect simulation data, build reduced basis, and construct reduced order model operator to accelerate and predict a target physics simulation.

The following tutorials are available:

Follow the building page to build the libROM library. You must build it with -m option to build MFEM library together.

This tutorial demonstrates how to collect simulation data with libROM. The important object is BasisGenerator, which collects simulation data and computes reduced basis, using various singular value decomposition (SVD) algorithms, e.g., incremental SVD and static SVD. The incremental SVD is useful for time-dependent problems. Because the Poisson problem is a time-independent problem, we will focus on the usage of the static SVD. The definition of BasisGenerator class can be found in BasisGenerator.h.

then you should see the HDF5 snapshot output file, i.e., basis0_snapshot.000000. The command line options above include -offline that indicates the offline phase, -f 1.0 sets the frequency variable $\kappa=1.0$ (see the Poisson problem for the description of the frequency variable), and -id 0 labels the snapshot index. The visualization of the solution can be done either with VisIt or GLVis. For example, the VisIt shows the following solution contour for this specific simulation: 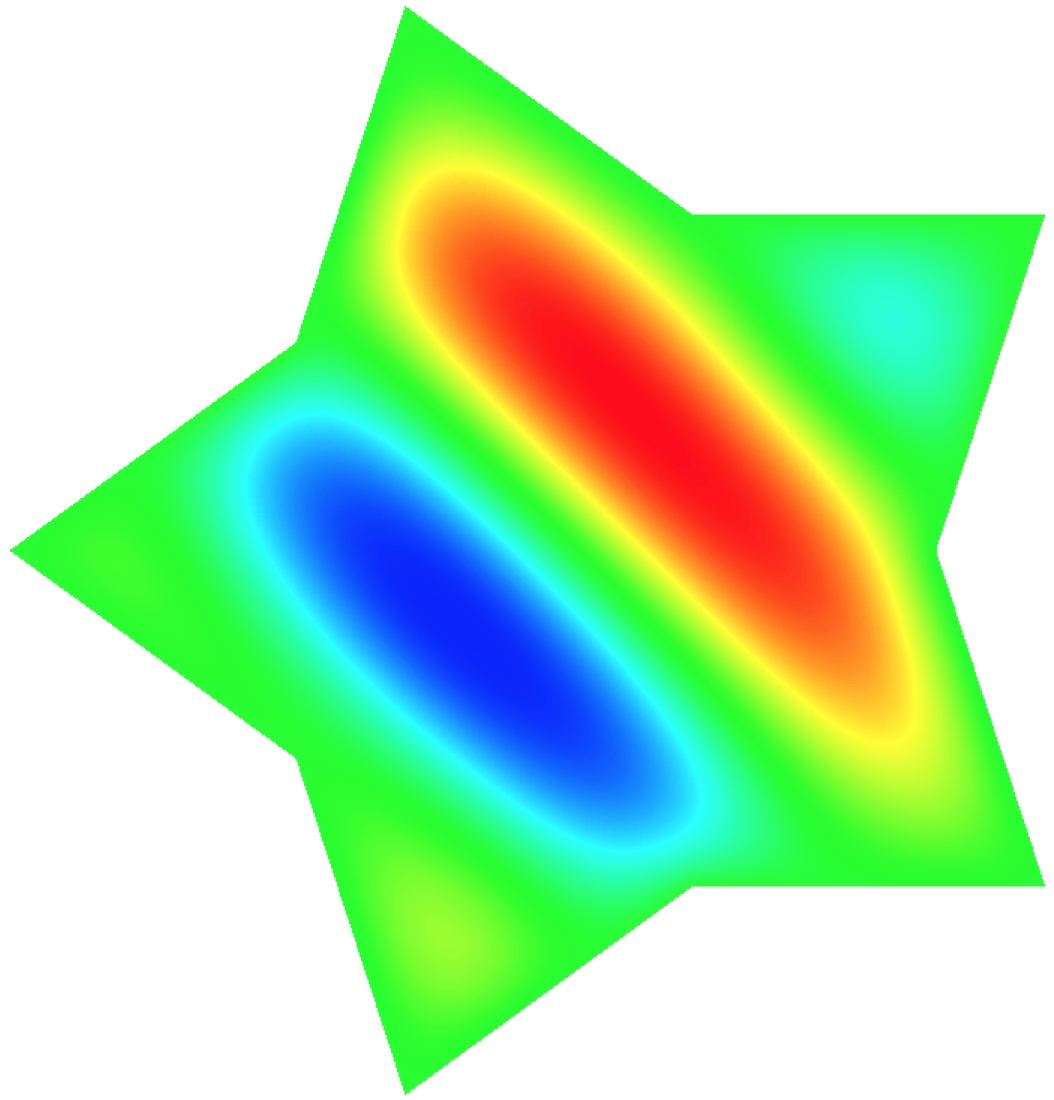 whose solution contour corresponds, respectively, to: 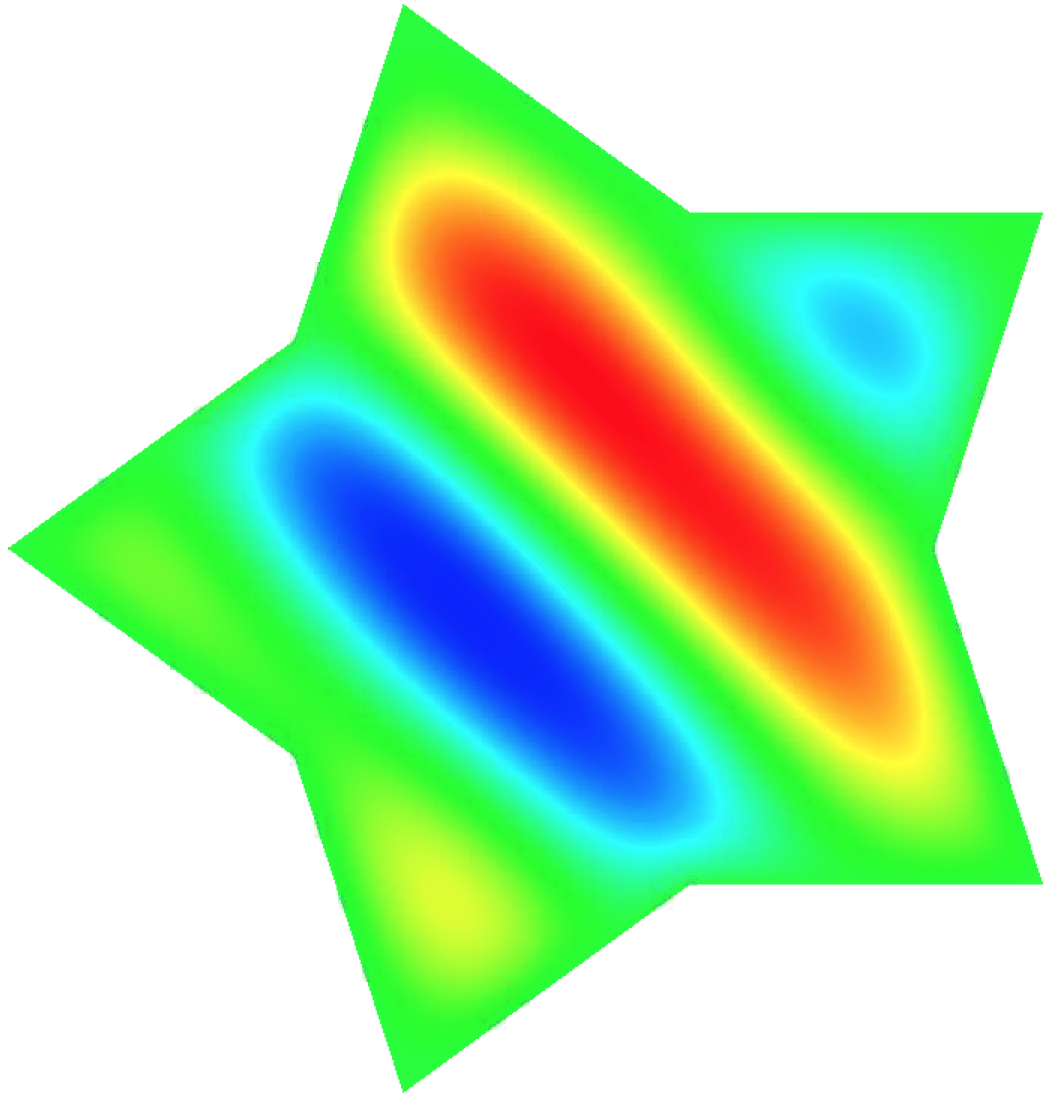 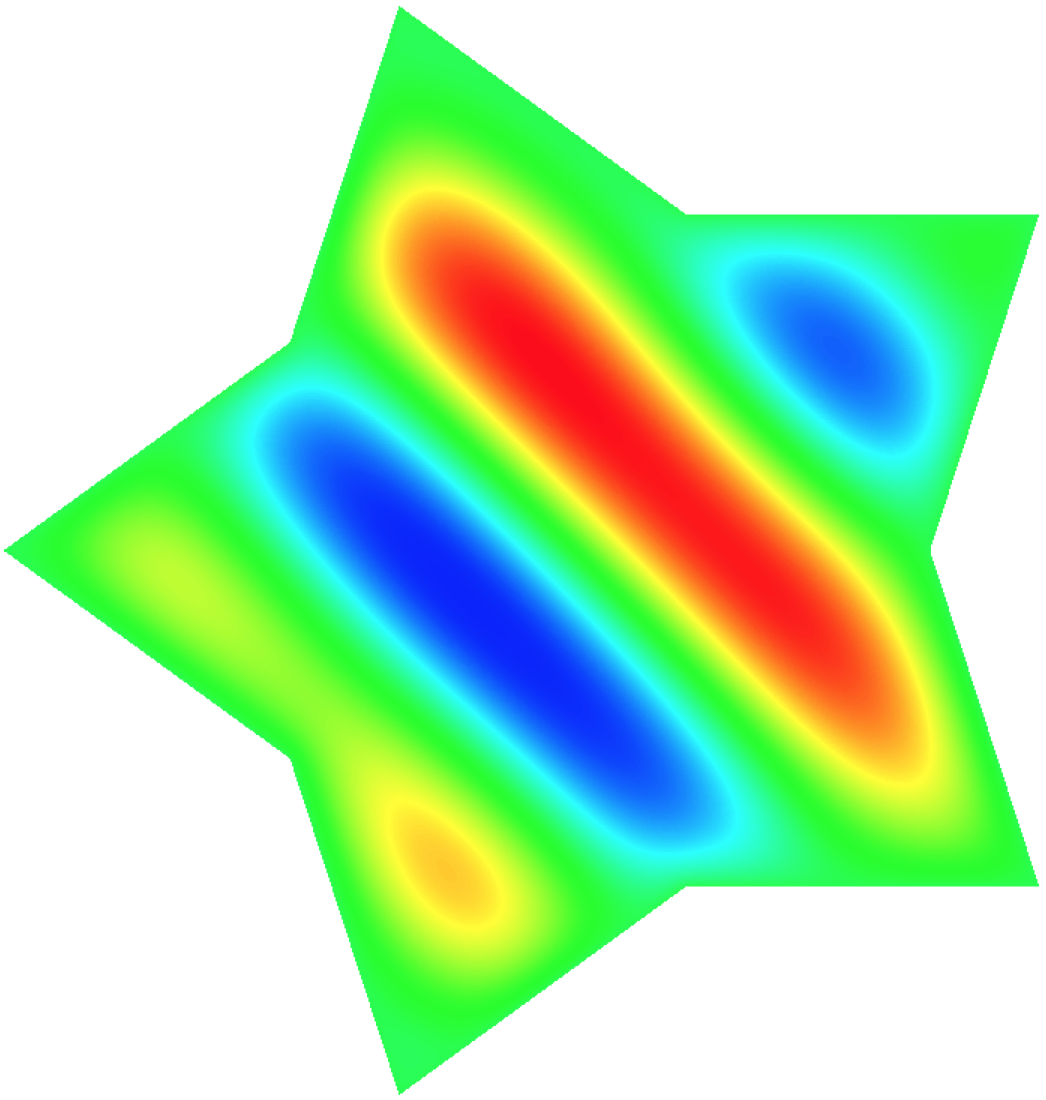 The online phase builds ROM operators, solves the ROM system, and restores the full order states for a new parameter value. This tutorial demonstrates these three different actions for the frequency value, $\kappa = 1.15$.

Lines 334--335 of poisson_global_rom.cpp implements the step of reading a basis file. The BasisReader object reads the basis file, using member function, getSpatialBasis, which returns a Matrix object in libROM. The number of rows and columns of the reduced basis can be obtained through the member functions of the Matrix class, i.e., numRows and numColumns, respectively.

Line 361 of poisson_global_rom.cpp solves the reduced system of equation.

Line 365 of poisson_global_rom.cpp restores the corresponding full order state by multipling the reduced solution by the reduced basis.

where -online option invokes the online phase and -f 1.15 sets the frequency value $\kappa = 1.15$. This particular example ROM accelerates the physics simulation by $7.5$ and achieves the relative error, $6.4e-4$, with respect to the corresponding full order model solution.